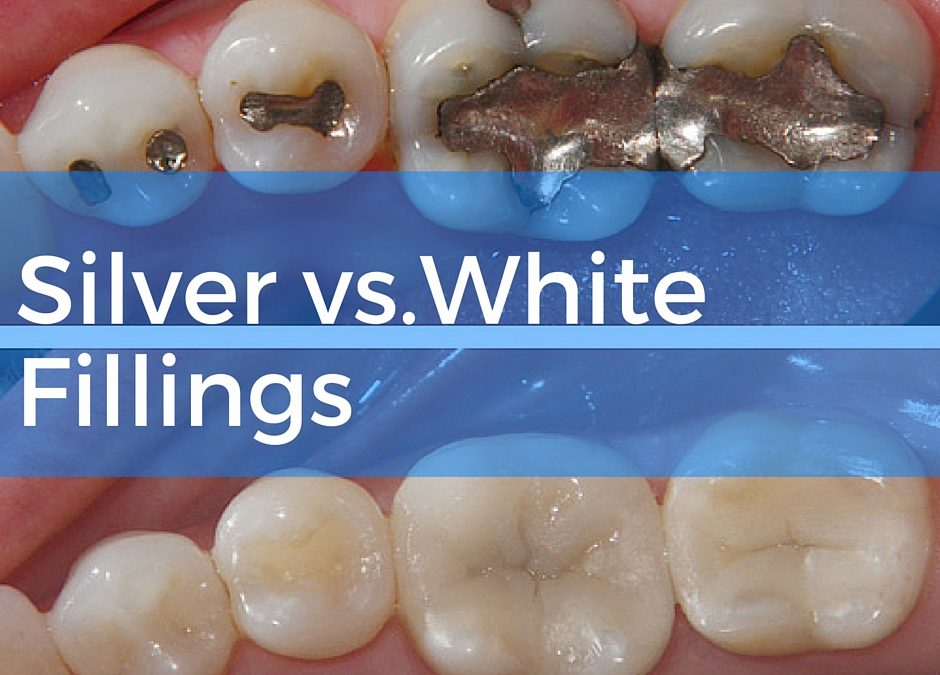 White vs Silver – What’s the difference?

Rather than the traditional silver amalgam fillings, there has been a surge in the demand for attractive and natural white fillings. People often wonder what is the difference so I thought it was about time we wrote a small blurb on what the fuss is all about.

What are white fillings?

The white fillings are made from refined powdered glass, ceramic, and a resin base.

Fillings are meant to replace parts of teeth that have been lost or removed because of decay or accidental damage.

Once the area has been cleared washed and dried, we apply a bonding agent to make sure that the filling stays put, and will continue to do so for many years to come.

Then it’s time to place the composite resin on top of the bonding agent in thin layers. Each layer is hardened with a UV light, and penultimately the filling is trimmed off, polished, and tested. We repeat these three last steps until the filling feels just right to you.

What are the benefits of white fillings?

The most obvious benefit is the looks of the white fillings. When done well, the filing is practically invisible to the passing eye. The resin that we use is carefully selected and mixed to match the original shade of tooth.

Previously white fillings were considered less long lasting than the traditional silver fillings, but over the last decade an awful lot has happened. The materials available now are proving tremendously successful and the white fillings are, all things considered, at least as good as amalgam fillings.

There are many benefits to having white fillings, but one that is highly valued by our clients is that white fillings require the least amount of drilling. That’s a real win!

Composite, also known as white fillings are generally more expensive than amalgam silver fillings. The cost varies depending on the the type and size of filing, as well as the time it takes to complete the treatment. We can give you a full estimate of the cost before hand, so you can make up your mind which filling you want to go for.

Because the composite white fillings are much like the natural colour of your teeth there’s practically no stain- danger. Silver fillings however have a tendency to tarnish and percolate into the tooth making it darker over time.

When using amalgam fillings, there is no bonding agent, and the filling need to be attached to the cavity. This makes it’s tricky to fix smaller cavities, as you’ll need to drill further to make sure the filling is properly stuck. Composite fillings however, can be very small in size, and adapt to any shape of cavity as it is ‘glued’ to the tooth.

It’s important to keep your composite white fillings clean as a whistle, as cavities can quickly develop along the edges if not kept clean. On amalgam silver fillings, the silver tarnishes and helps seal out bacteria. 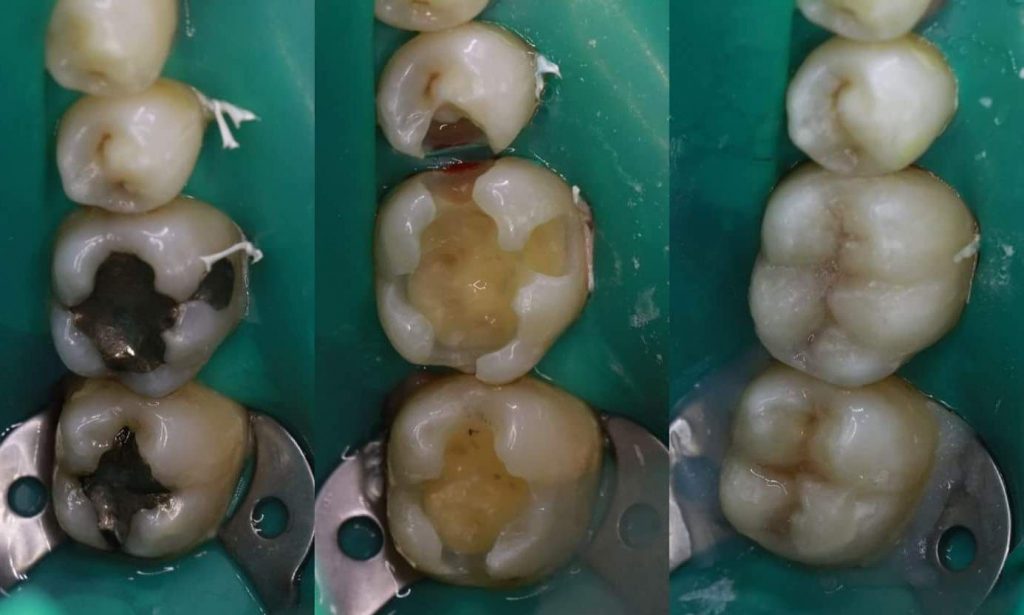